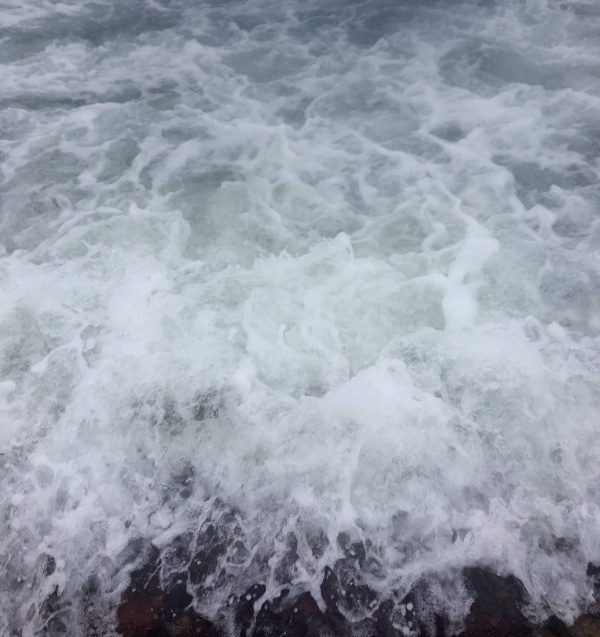 This Unlikely issue aspires to work with the processual methodology of following in order to think with and through various sonorous bodies. Against habitual hierarchizing, binary and human-centric thinking, we wish to think about (and with) sonorous bodies enfolding and unfolding in relation to registers of gender, class, race, ethnicity, age, as well as human, more-than-human, posthuman, ahuman, and non-human. To attune differently to sonic bodies, we invite authors and artists to deploy, twist, and crack the intensively processual meta-methodology of following (as inspired by process philosophies such as Gilles Deleuze, Felix Guattari, Karen Barad, Erin Manning, Brian Massumi, Jane Bennett, Katve-Kaisa Kontturi, Milla Tiainen and Ilona Hongisto).

Philosophies and practices of following engage with materialities to inspire new appreciation of our involvements with matter, as it speaks to us and surprises us. As Katve-Kaisa Kontturi suggests, following works not by interpreting, explaining or classifying, but instead enables us “to embrace the ‘work’ of art [the sonic], its materiality, affective, and relational doings ... beyond the representational function, offering something new instead of what is already known” (Kontturi 2018:10). A malleable and embodied methodology, following goes with the flow in a process that intimately and intensely implicates the follower with the followed.

Following sonorous bodies invites writers and artists to engage with new materialisms with their promises and limitations to produce situated carnal knowledge about sonorous world(ings). Thinking about listening not solely with ears, but with the bodily (porous) wholeness, the issue welcomes contributors to follow emergent, diffracting and vibrating sonic materialities through writing, filming, recording, singing, crying... as they engage with topics that may include, but are not limited to:

In addition to conventionally scaled texts, we are interested in gathering processual pieces which may be overlooked or not appreciated by the conventional academic scene (such as documentation of various kinds, notes for or of evolving research). To this end, the issue seeks encounters with the matter of sound art as well as welcoming other diverse engagements by researchers, practitioners and writers with the sonic in the form of

Specify one of the formats in your abstract:

Please submit the abstracts with subject “Unlikely Sonorous Bodies” to sonorousbodies[AT]gmail.com by October 14, 2019.

Please, do not hesitate to contact us in case any additional questions appear.

Anastasia Khodyreva is a doctoral candidate based in the Department of Gender Studies, University of Turku, Finland. She is currently a resident of Localising Feminist New Materialisms project, Academy of Finland, 2017–2021, led by Dr. Taru Leppänen (Gender Studies, University of Turku), where, with a new materialist take on affects, she researches efflorescent cinematic and off-screen bodies, “following” emergent volatile bodily registers while practicing affects as methods of her research.

Elina Suoyrjö, Ph.D., is a curator and the director of Titanik art space in Turku, Finland. Her curatorial practice builds upon working collaboratively and site-specifically with artists. She has curated exhibitions and events in Turku, Helsinki, Stockholm, Paris, London and New York. She holds an MA in curating from Stockholm University and MAs in both art history and gender studies from the University of Helsinki. She has recently finalized her PhD research at Middlesex University (London, UK) on feminist practices of curating contemporary art, with focus on affect, emotion and creation of transformative energies.