Erin Lewis is a Canadian artist, educator, and researcher, currently pursuing a Phd in textile design in Sweden.

Video: “Stationary listening of electromagnetic space through the Tetrapodic dress”

As an artistic space, the electromagnetic atmosphere sits akin to the notion of ether as a non-visual and omnipresent force; an "abstract everywhere" (Milutis, 2002). It forms an energetic ambiance that seems to come "from nowhere and everywhere at once" (Kahn in Vincente et al., 25). It is a space devoid of exactitudes, an invisible sandbox of infinite expressions of electromagnetic properties that afford physical interaction. As Dunne posits, the electromagnetic atmosphere is simultaneously a physical, conceptual, and notional space (102). To situate oneself in this liminal space requires a method through which to perceive this energetic ether in relation to ourselves.

Considering that the act of wearing on the body is communicative, we question how signification occurs with these body-based textile antennas as technological objects. Using Barthes' semiotic notions of dress objects and dressing, signified and signifier (Barthes, 1983), we explore the notion that these objects may carry signification through frequency-based interactions with electromagnetic atmosphere. As a result, we speculate on bodily signifiers for perceiving the abstract everywhere.

Semiotics, the study of signs and signals, has been applied to artistic fields such as fashion, literature, painting, architecture, and others (O'Neill, 39). In this paper we use basic notions within Barthes' semiotic theory of fashion through which he classifies garments as objects of communication. We turn to Barthes to explore signification through fashion objects due to the proximity of fashion and textile design as closely-related disciplines. Barthes has identified textiles as carriers of strong signifiers within the broader context of fashion semiotics (Andrew, 2015). Moreover, the relationship of the textile antennas to the body follows that of garments worn on the body, despite their unusual forms and electronic qualities.

In The Fashion System, Barthes suggests that dress objects and dressing as an act of wearing is a constructed form of language that conveys meaning both at individual and social levels. He defines dressing as "the personal mode by which the person adopts...the dress", while the dress object is defined as the physical garment itself. Within the semiotic relationship, the signifier is the physical object at hand (i.e. a garment, accessory or similar) while the signified is the meaning: the conceptual notion that can only be suggested through verbal communication (Barthes, 55). The sign system is based upon the relationship between the signifiers themselves within a taxonomy of like objects, rather than signifier-signified relation (Mikerina, 2016).

Antennas can signify the reception and transmission of 'signals', 'data', and 'connectivity'. They may further signify notions of 'technology', 'ether', and 'electromagnetic space'. They are knitted with metal yarns so as to create a conductive surface for the reception of electromagnetic waves. The material quality of being made of metal yarns alludes to their conductivity, suggesting their role as sensor/actuator where such a material combination signifies the presence of electrical signals and possible computational control. As dress objects, the textile antennas co-mingle these technological significations to create new relations within the sphere of technological dress.

To Barthes, the act of dressing is the way in which a dress object is worn and carried on the body. We extend this notion to include how the dressed body moves within the constraints and affordances of the dress object. Its expression relates to the intentions of the wearer and is both explored and experienced within an interaction context. To begin, the wearer has an understanding of what the object does (interpret and sonically express electromagnetic waves). The wearer decides how to wear the dress object on body. Then, how to modify and manipulate it through interaction. This is the personalization of the objects in use that composes the notion of dressing.

The dress objects are receivers designed to pick up electromagnetic frequencies within the range of 50MHz - 5GHz, spanning the range of WiFi, WLAN (wireless local area networks), DECT (Digital Enhanced Cordless Telecommunications), GPS (Global Positioning System), GSM (Global System for Mobile Communications), Bluetooth, and mains electricity. They are connected to an auxiliary electronic circuit that translates electromagnetic waves to audio waves, resulting in a highly textured and layered sonic expression of electromagnetic fields. The textiles are composed of fine copper or stainless steel wires, are industrially knitted into a planar material and sewn into a 3-dimensional form. When the overall form becomes voluminous, when the scale is increased, and as moving conductive textiles touch one another, technical properties of the textile antenna such as impedance, frequency and gain are altered and result in changes to the sonic expression. Contact with the body via the skin further changes the antenna's reception properties through our own "aerialness" (Dunne, 2005).

The sonic expressions perceived through the dress objects are directional, heavily textured, and contain mainly layers. Dubois has described the sounds of digital electromagnetic frequencies in the following ways: where GSM is concerned the sonic expression is a loud, oppressive, and consistent "ta.-ta.-ta.-ta.-ta.-ta.-ta.-ta.- ta.-ta.-ta.-ta.-". WLAN can be heard as a clear, compact, and dry "pa.pa.pa.pa.pa. pa.pa.pa.pa.pa" sounds with little granularity. DECT is expressed as a "'beep. beep -- beep / beep.beep -- beep' signal that overlaps a more detached 'tak.tak / tak.tak' sound" (Dubois, 2017). Dubois further characterizes the sounds as fluid, moving between foreground and background while expressing a range of textural qualities that she describes as "granularity", and a point of coupling where these sonic layers intermesh. 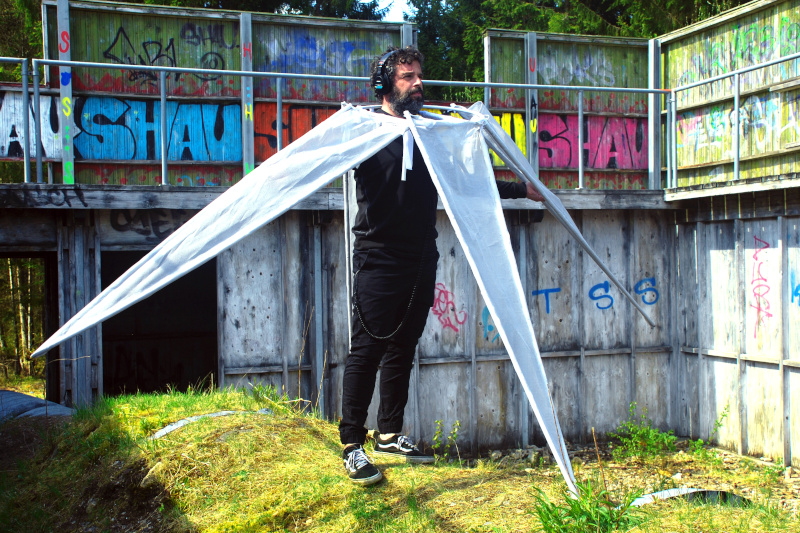 Fig. 1 'Tetrapodic Dress' extending the circumference of the body in four directions

The first dress object explored through this research is the Tetrapodic Dress (Fig. 1). Within the taxonomy of clothing, this dress object can be best understood as an enclosure that cloaks the body in an overall manner (Eicher and Evenson, 4). It consists of 4 textile antennas knitted with stainless steel and synthetic yarns that are stretched across 4 large triangular frames (the "legs"). Each frame is attached to a circular shoulder harness, their points extending downwards to the wearer's feet, and each leg can operate as an individual antenna or can be connected together as an antenna receiver array. The Tetrapodic Dress extends the circumference of the body by nearly 2 metres through the positioning of the legs outwards and away from the wearer's body, thereby augmenting the boundary of the body as it meshes with electromagnetic space.

Tunneli is a 3-meter-long knitted copper tube that is worn around the shoulders and the length of the arms. Within the taxonomy of clothing, this dress object can be best understood as a shoulder accessory or shrug that covers the shoulders and the arms (Eicher and Everson, 6). The arms pass through the centre of the tube as with sleeves on a conventional shirt, and the tube extends for 1 metre beyond the reach of each of the arms. Tunneli behaves as a single textile antenna receiver. Being a lightweight and flexible object, it is subject to dynamic movements where it can be raised into air, cast into the wind, or scrunched into condensed tubes, for example. It serves to extend the range of reach of the arms into electromagnetic space. 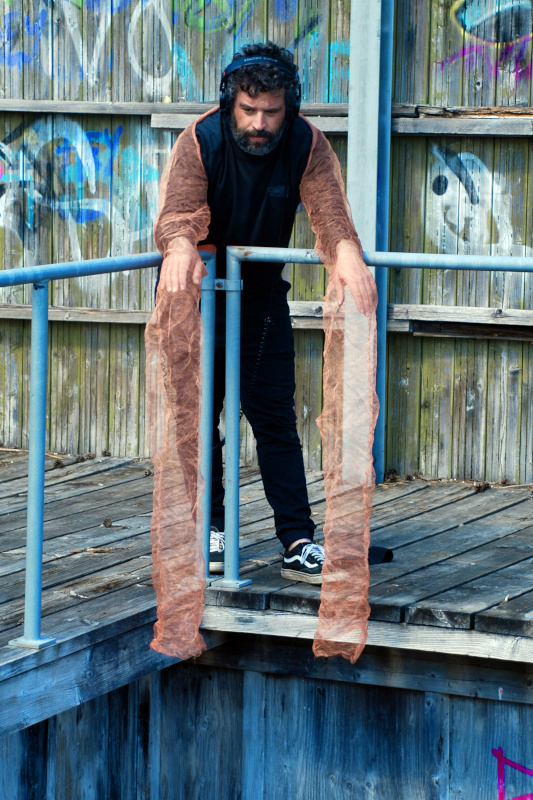 Fig. 2 'Tunneli' extending the reach of the arms 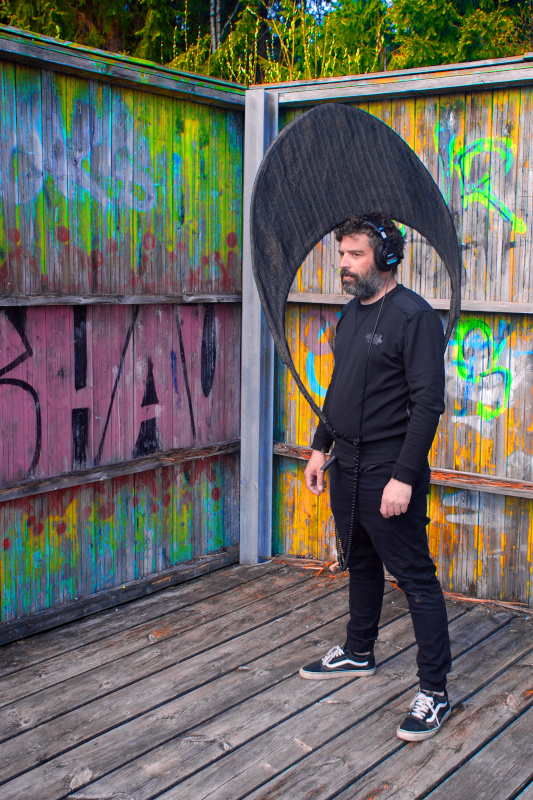 Fig. 3 'Supra' interpreting the space above the head

Supra is a single textile antenna receiver made of knitted stainless steel and lycra. Within the taxonomy of clothing this dress object can be seen as an attachment to the body (Eicher and Everson, 11). Stretched in its frame it forms a plane that serves to extend the circumference of the body in a single direction. For example, in Fig. 3 the wearer is able to interpret electromagnetic waves from the area directly above the head. 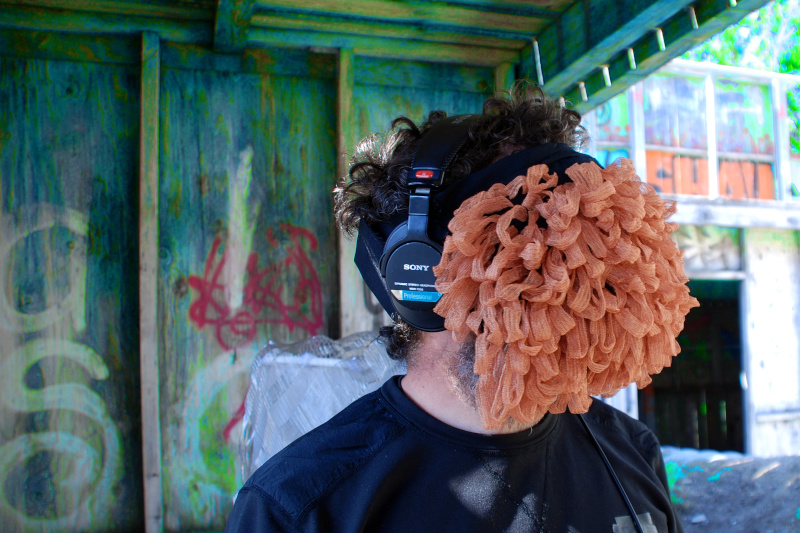 Fig. 4 'Ora' converts the face to a dynamic surface for electromagnetic reception

Ora is a veil composed of small industrially-knitted copper tubes that have been hand woven into a plain weave cotton backing. Within the taxonomy of clothing this dress object can be seen as a veil accessory (Eicher and Everson 6). It is an unstable single textile antenna receiver. The intermittent connections made during its wear cause dynamic changes in impedance and therefore instability in the interpretation of electromagnetic waves through the auxiliary electronic circuit. Ora converts the face to a dynamic surface for electromagnetic reception.

Fig. 5 Choreography for searching signals with the Tetrapodic Dress

In Fig. 5, the wearer assumes various positions in the process of searching signals. The wearer places one antenna leg outward and to the front of the body, extending one point of perception up to one metre from the body. The side antenna legs become arm extensions that allow for dynamic movement reaching in front, to the sides, and behind the body, along a horizontal plane. The gesture of moving the arms in front of the body to bring the arm extensions together, then traversing the horizontal plane across sides of the body, and extending toward the back of the body becomes a choreographed movement of searching for signals.

In Fig. 6, the wearer explores electromagnetic space through the use of Tunneli arm extensions. The wearer is able to create dynamic movement through the lightweight and flexible expression of the object. In the image on the left, the wearer rapidly extends his arms outwards and to the sides, while changing his physical height by assuming a crouching position. In the centre image, the wearer casts the arm extensions into the air above his head where they momentarily move with the wind. In the image on the right, the wearer perceives the space in front of him by dangling the antenna vertically at a slight distance from the body.

In Fig. 7, the wearer has a planar textile antenna that is attached at the navel by means of a belt. He is able to move around the antenna around the circumference of his body to receive electromagnetic waves in a precise, directional way. In the centre image, he modulates frequency and gain reception by using his body's inherent "aerialness" (Dunne, 111). Fig. 8 demonstrates Ora, where tilting the head causes intermittent connections, resulting in changes in impedance and therefore reception.

Fig. 8 Ora veils the face, creating a body surface for the reception of electromagnetic waves

It may be further suggested that single positions that one maintains signify the successful reception of a frequency that one is receiving. For example, wearing and positioning the Tetrapodic Dress as in Fig. 9 (left) suggests that one has locked onto a WiFi signal. The centre image might demonstrate the reception of GSM, while the body positioning in the rightmost image might suggest that one is perceiving local radio frequencies.

We speculate on a near-future where textile antennas are not only embedded within garments but are able to establish themselves as technological dress objects in their own right. These objects interact with the electromagnetic space and demand gestures, movements and choreographies that typically are not expressed through conventional acts of dress. They open to vast interaction possibilities between body, electromagnetic atmospheres, and dress, suggesting performance and signal reception variations such as sonic expressions locally to one's headphones, via loudspeaker directed to an audience, or possibly expressed directly through the knitted textile material itself.

Closer still, this artistic work explores the notion that if clothing objects and the wearing of them is semiotic, then what of electromagnetic dress and dressing? How do semiotics account for multidimensionality of smart, interactive garments? This stream of thought calls for new semiological considerations around the coupling of technological dress with the electromagnetic atmosphere through interactions. Such fashion design expressions and frequency-based choreographies are possible, however these technological dress objects may also need to establish themselves as a normative feature within the taxonomy of clothing. Perhaps one day we will see the taxonomy of clothing presented as: headwear, neckwear, tops, belts, trousers, footwear, ...antennas.

Dubois, Virginie. Electromagnetic Field as Medium to Listen to the Texture of the World. In Proceedings of Invisible Places: Sound, Urbanism, and Space. Azores, Portugal. 2017. 660-665. Web. 10 May. 2020. Doi: http://invisibleplaces.org/2017/pdf/Dubois.pdf

Milutis, Joe. Ether : The Nothing That Connects Everything, University of Minnesota Press, 2002. ProQuest Ebook Central, https://ebookcentral.proquest.com/lib/boras-ebooks/detail.action?docID=310736.